Skip to content
Order my GLUTEN-FREE cookbook!
About meCookbookContactWork with me
Home » Psyllium Husk in Gluten Free Baking 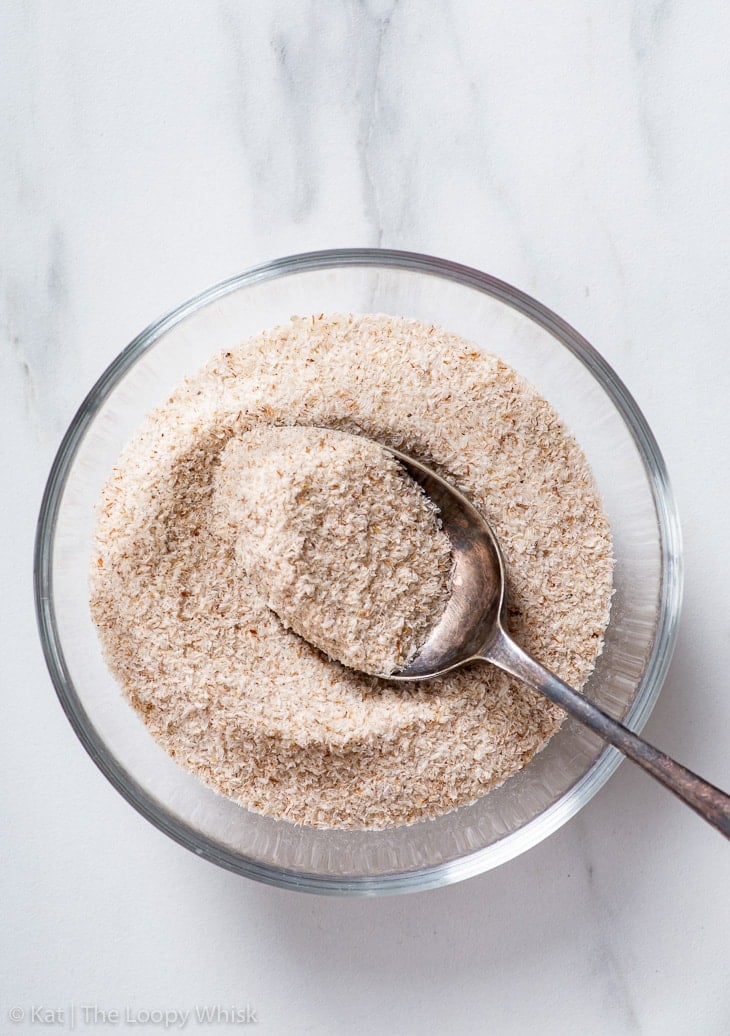 Get excited, because today we’re continuing the Gluten Free Baking Basics series with a post all about the ingredient that makes proper gluten free bread possible (and delicious). Yes, we’re talking psyllium husk.

By the way, if you haven’t seen the previous posts in the series, I definitely recommend having a look! First, I took a deep dive into everything you need to know about making your own homemade gluten free flour blend, and also shared my favourite, go-to blend recipe that you can use in most of my gluten free recipes. The second post was basically a xanthan gum 101 – we talked about what xanthan gum is, the role it plays in gluten free baking, how much you actually need to use, and also busted some xanthan gum myths along the way.

Now, while getting your gluten free flour blend right and knowing how to use xanthan gum is super important, my biggest breakthrough in gluten free baking actually happened when I discovered psyllium husk.

Don’t get me wrong: making the perfect fluffy gluten free cake or deliciously gooey gluten free chocolate chip cookies or a wonderfully flaky gluten free pie crust is fun and exciting… but let’s be honest, we all know that bread is the one true holy grail of gluten free baking. (And by the way, there’s A WHOLE CHAPTER all about gluten free bread in my gluten free cookbook, Baked to Perfection, with over 15 incredible recipes, such as proper pizza, bagels, baguettes, artisan loaves and even cinnamon rolls!)

And while making proper, can’t-believe-it’s-gluten-free gluten free bread might sound incredibly difficult or borderline impossible… it’s actually surprisingly easy. That’s right, you can make gluten free bread that tastes, looks, smells and feels like “regular” bread made with wheat flour – and it’s all thanks to the magical ingredient that is psyllium husk.

Today’s post will cover pretty much everything you need to know about psyllium husk: from what it is to the role it plays in gluten free bread baking. We’ll talk about the different forms of psyllium husk (whole husk vs powder) and I’ll also share why I prefer to use it in gel form (rather than adding it directly to the dry ingredients). 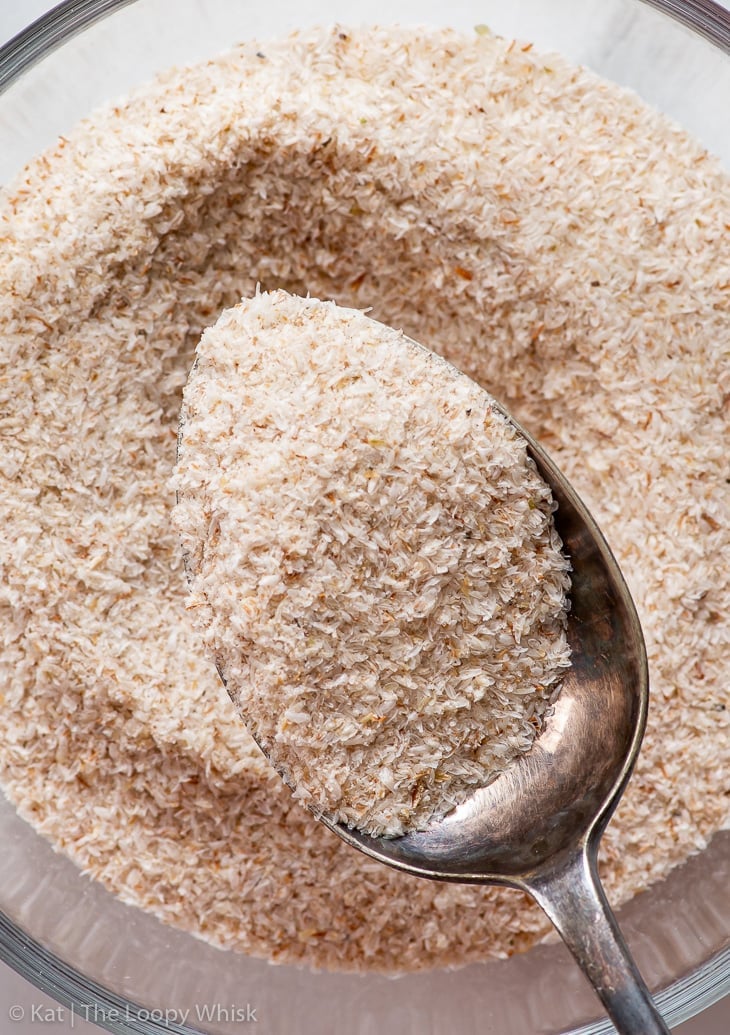 Before we get to the bits and bobs of what is psyllium husk – if you like what you’re seeing, subscribe to my newsletter to keep up to date on the latest recipes and tips!

What exactly is psyllium husk?

Psyllium husk is the outer coating (or the husk, hence the name) of the psyllium seeds from the Plantago ovata plant, which is a herb grown mainly in India.

That’s due to the fact that psyllium husk is a hydrocolloid – it binds water and even at very low concentrations can cause a significant increase in the viscosity of a liquid. That is: it forms a gel.

And that’s the property we’re interested in when it comes to gluten free baking: the ability of psyllium husk to bind water and form a sticky, fairly elastic gel that transforms gluten free bread from a loose batter-like consistency into a springy, somewhat extensible dough that you can actually knead and handle.

The role of psyllium husk in gluten free baking

In gluten free baking, psyllium husk acts as a binder – a gluten substitute that holds the bakes together, gives them elasticity, extensibility and flexibility, and thus prevents them from being too crumbly. Due to the fact that it’s a hydrocolloid that binds water, it also keeps the bakes moist and prevents them from drying out too quickly.

It’s important to keep in mind that, much like xanthan gum (the other important binder in gluten free baking), psyllium husk isn’t a 1:1 gluten substitute. While it actually does provide more elasticity and extensibility than xanthan gum, you definitely don’t get the same degree of “stretchiness” and extensibility as you would when using “regular”, gluten-containing wheat flour.

That said, it’s still a game-changing ingredient in gluten free baking and ESPECIALLY in the realm of gluten free bread – we’ll get to that in just a moment.

But first, here’s another important thing you should keep in mind: psyllium husk isn’t the best binder to use in bakes like cakes, cookies, muffins, cupcakes, brownies and pastry. Instead, I recommend that you use xanthan gum in such bakes, as it gives them a much better texture. If you’re interested in learning more about xanthan gum and its role in gluten free baking, check out my Xanthan Gum 101 post!

Psyllium husk is a miraculous ingredient in the world of gluten free bread baking.

Without it, we’d be stuck with gluten free “bread” recipes that require you to make a “batter” that you pour into a loaf tin and call it bread. Let’s be honest… that’s more of a somewhat crusty, savoury cake. The truth of the matter is that such recipes will never produce a convincing gluten free bread – you’ll never get that wonderful chewy texture or even the deliciously crunchy, caramelised crust of a *proper* loaf of bread.

Psyllium husk changes all that. Here’s how: 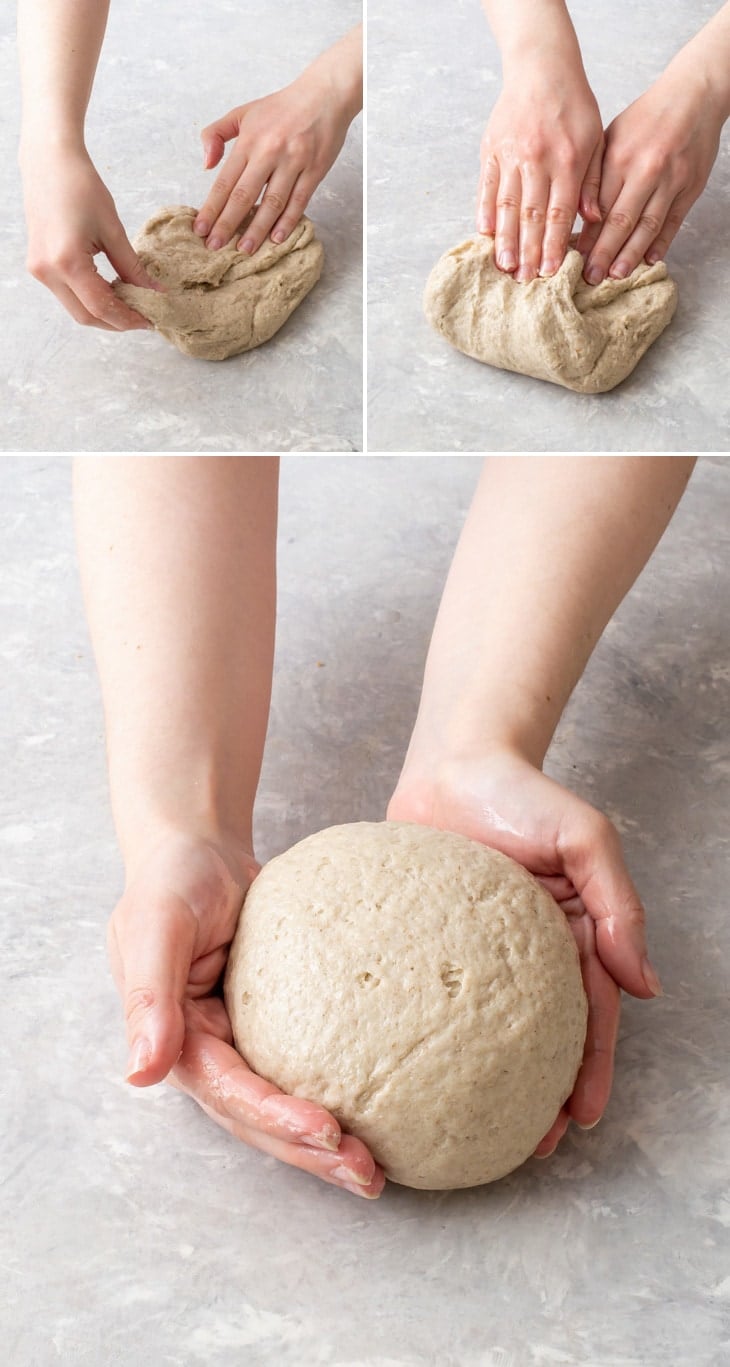 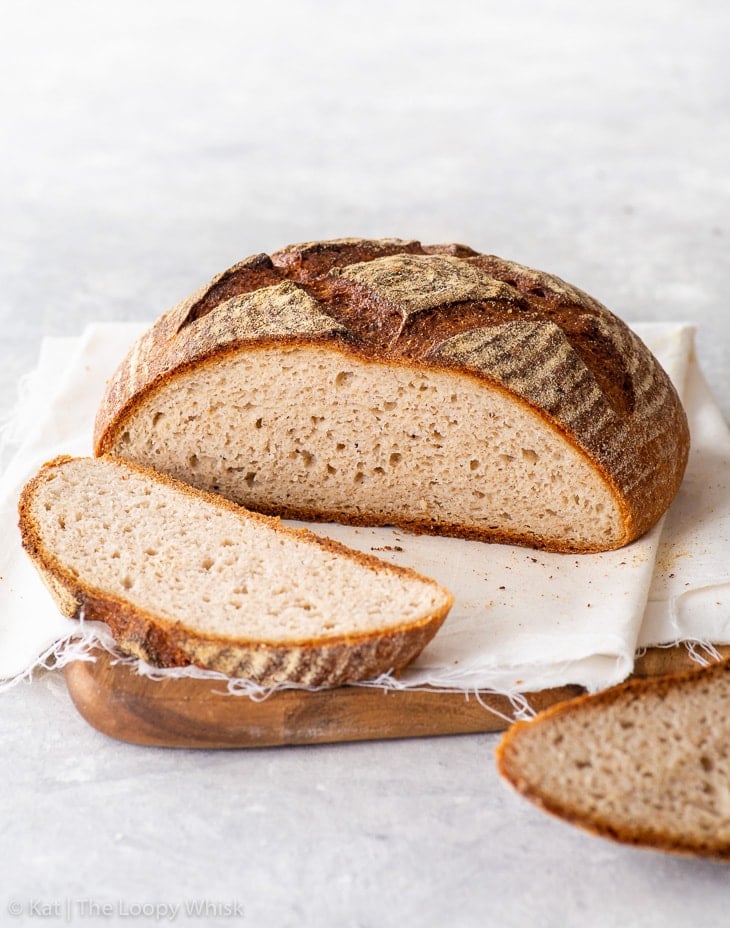 See, I told you it’s a magical ingredient!

In my gluten free bread recipes, you’ll notice that I use psyllium husk as a gel. That is, I don’t add it directly to the dry ingredients in its “dry” husk form – instead, I mix it with water, wait a short while for a gel to form, and only then do I add it to the rest of the gluten free bread ingredients.

This doesn’t in any way affect the texture, flavour or appearance of the final, baked bread. Instead, I use this method simply because it’s faster and more practical. Let me explain:

If you add psyllium husk in its dry form to the dry ingredients, the initial dough (after all the ingredients have been thoroughly combined) will be fairly loose and sticky. You then need to wait anywhere from 15 to 45 minutes for both the gluten free flours and the psyllium husk to hydrate (to bind/absorb water) before you get a dough that you can easily handle. And that’s a significant waiting time that I like to avoid.

By using psyllium husk in gel form, you skip this additional waiting time and you get a workable dough that’s easy to handle straight away, immediately after giving all the ingredients a thorough mix and knead. And considering that any bread recipe will include at least one round of rising and a relatively long time in the oven anyway, shaving away that extra waiting time is a big plus in my books.

Now, the psyllium husk gel will look a bit odd, especially if you’re not really used to working with it. It’s basically a slightly sticky, somewhat elastic gloop. But that’s how it’s supposed to look, so don’t worry – you’ll get the most amazing gluten free bread thanks to its gloopy properties. 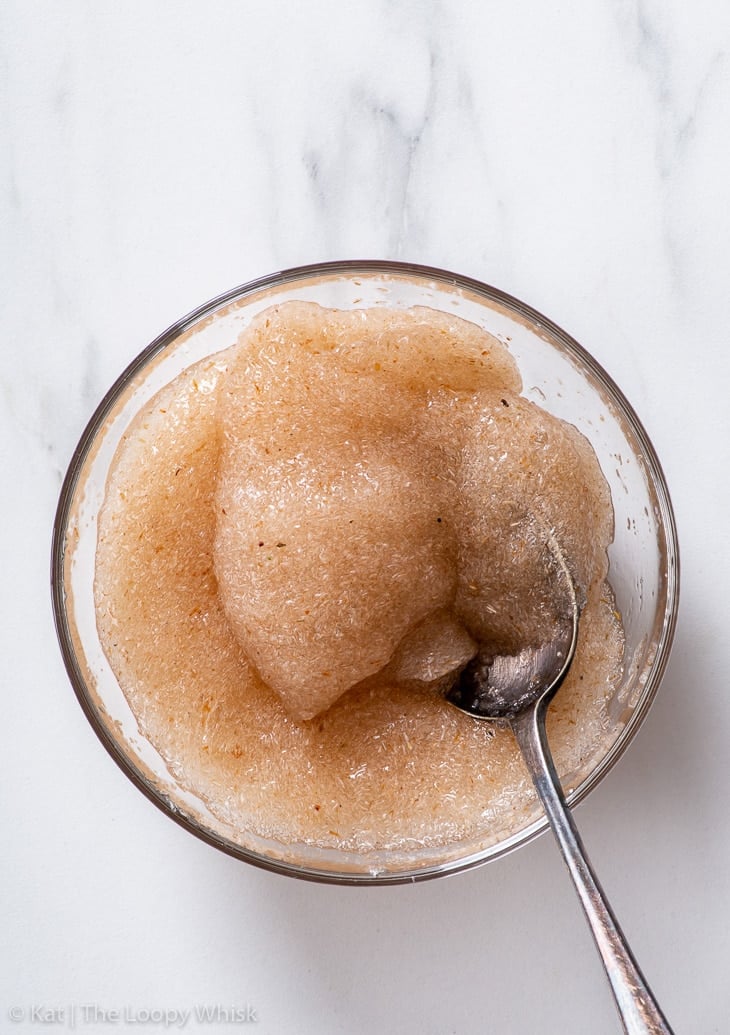 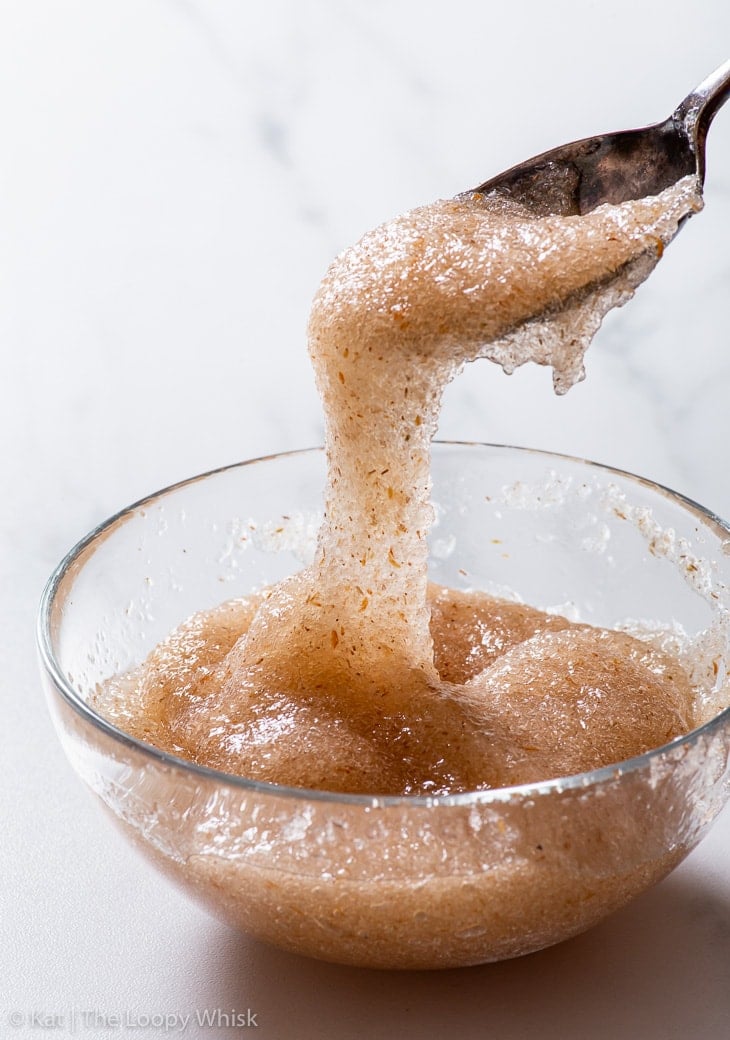 When making a psyllium gel, I recommend using at least a 10:1 water:psyllium ratio (by weight!!). So, for example, if you need to use 10g of psyllium husk, use at least 100g of water to make the gel (but 200g would be better). Using a smaller amount of water will give you a gel that’s too stiff and firm, and it will be a pain to try to incorporate it evenly into the dough.

You can find psyllium husk in two forms: as whole psyllium husk (rough husk form) and as psyllium husk powder. The latter is just a finely ground version of the former, and you should be able to find either form in your local health store or online. 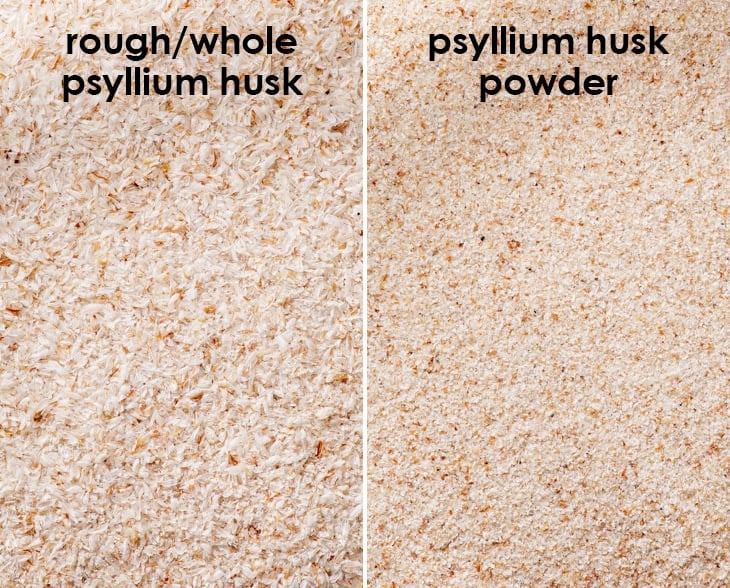 While you can use either in my gluten free bread recipes, I personally prefer to use whole psyllium husk – in my experience, it gives a slightly nicer, more open, bread crumb. However, if you can’t find whole psyllium husk, you can still use the powder form.

I recommend that you use blond psyllium husk, as it won’t give any colour to your gluten free bakes. Using other types of psyllium husk can sometimes result in your bread being darker in colour (either brown or with a slightly purple-ish tinge).

Here’s the psyllium husk I usually use.

How much psyllium husk do you need?

In bread baking in general, it’s useful to talk about ingredient quantities in terms of baker’s percentage (b%). All this means is that you express the quantities of all ingredients as a percentage of the weight of flour. For example, if your recipe contains 100g of flour and 150g of water, that’s a 150 b% hydration. And if the same recipe contains 10g of psyllium, that’s 10 b% of psyllium husk.

I usually get the best results when I use around 5-7 b% of psyllium husk, which means 5-7g of psyllium husk per 100g of whichever gluten free flour mix you’re using. This range gives gluten free dough that’s easy to knead and handle, that proofs beautifully and bakes up into bread that isn’t too gummy.

Unfortunately, there are no good substitutes for psyllium husk. And before you ask: no, you can’t replace psyllium husk with xanthan gum.

However, I am still exploring all the possible substitutions for psyllium husk (some people have had good success using chia and flax seeds instead) and if I happen to discover one that works well, you’ll be the first to know. 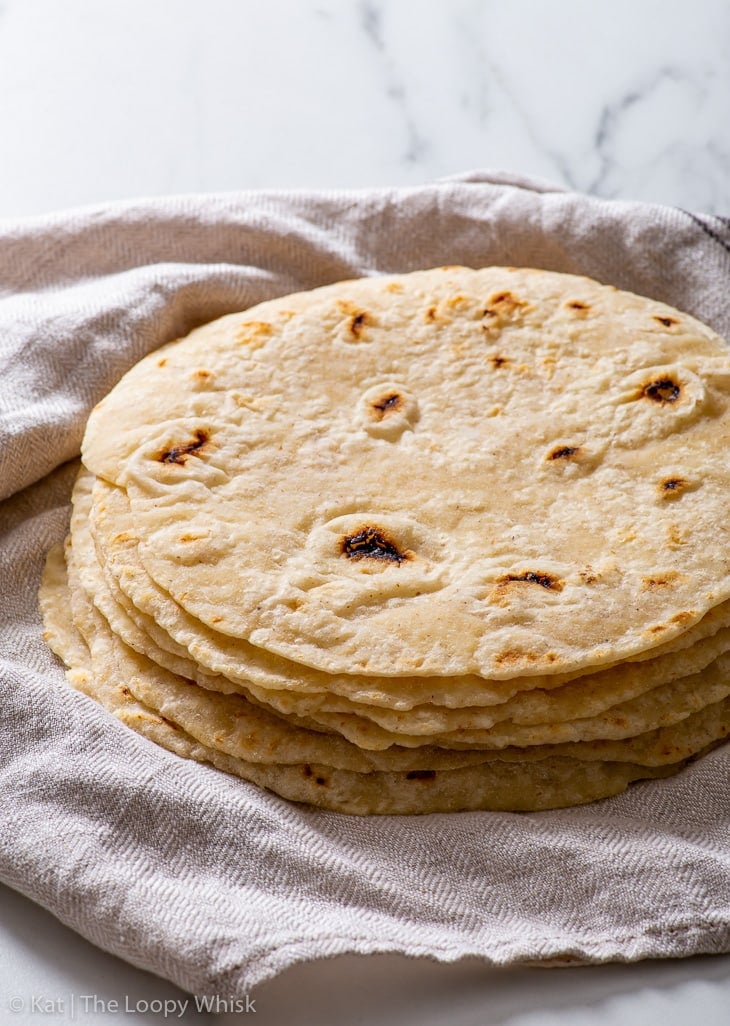 Here’s a selection of some of the most popular recipes that rely on psyllium husk for their texture and appearance. Rather unsurprisingly, it’s all gluten-free bread… and it’s AMAZING (if I do say so myself).

That covers pretty much everything you need to know about the magical ingredient that is psyllium husk. It truly makes a tremendous difference in gluten free baking, and I can say with absolute certainty that gluten free bread wouldn’t be the same without it.

And if you have any questions that I haven’t answered, just leave a comment below! 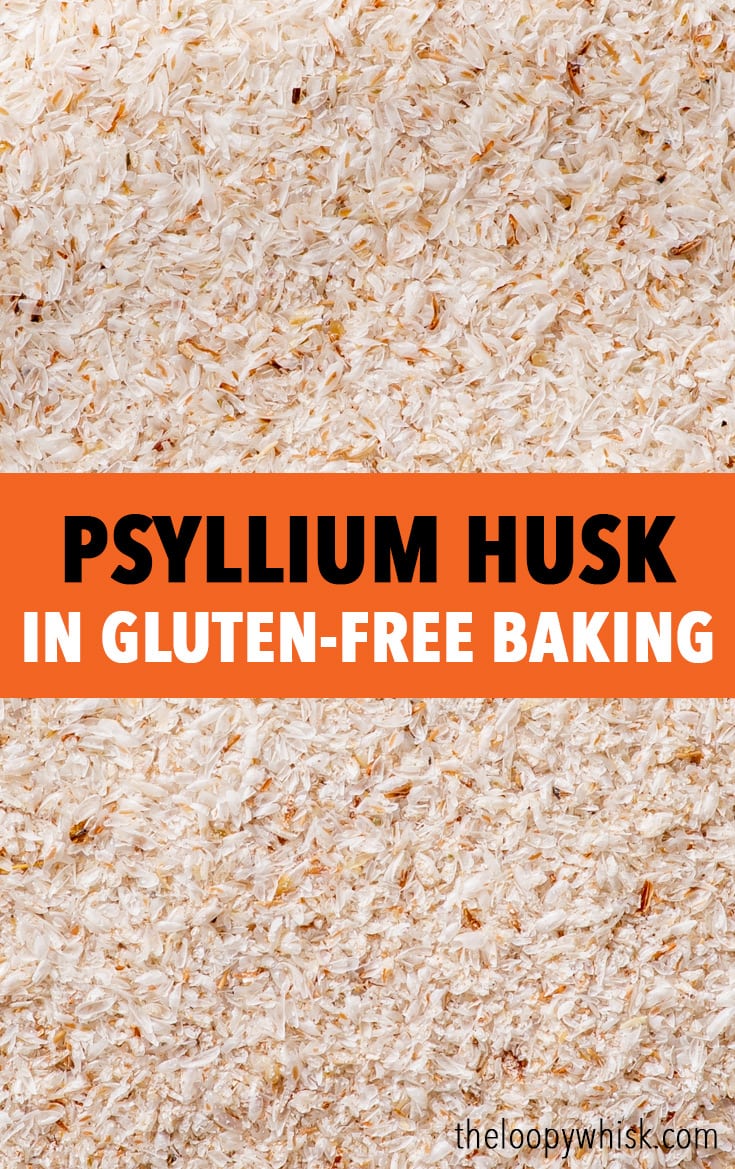 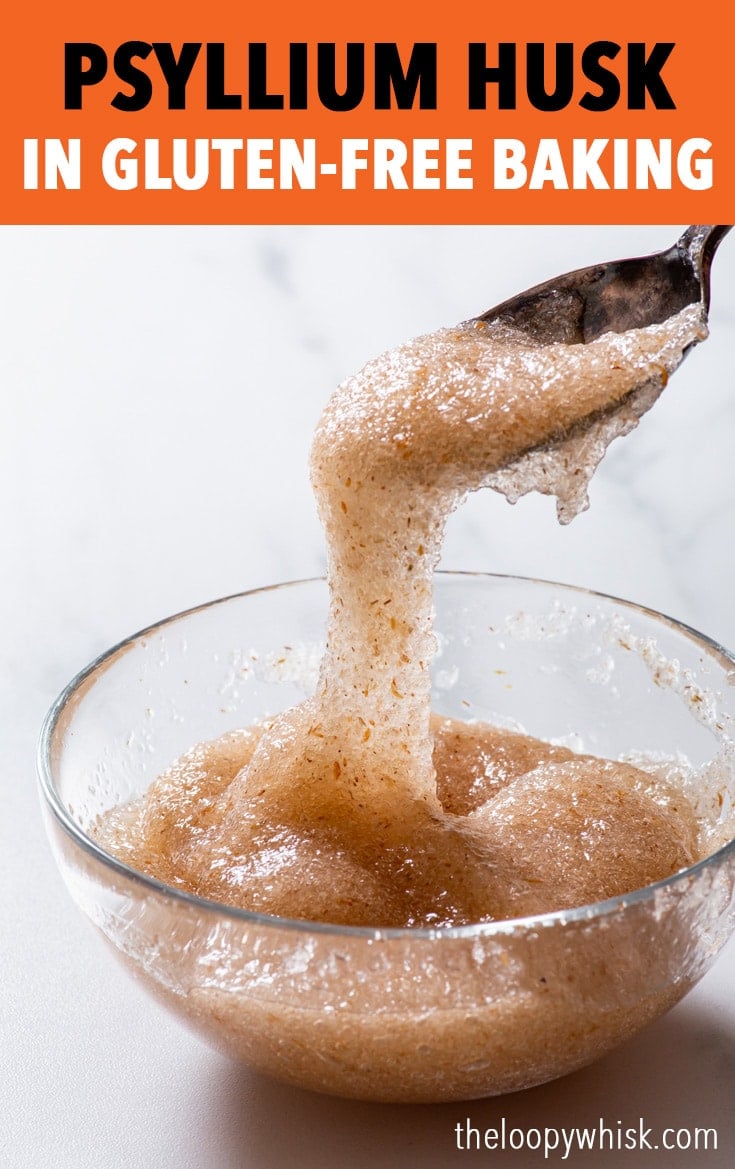 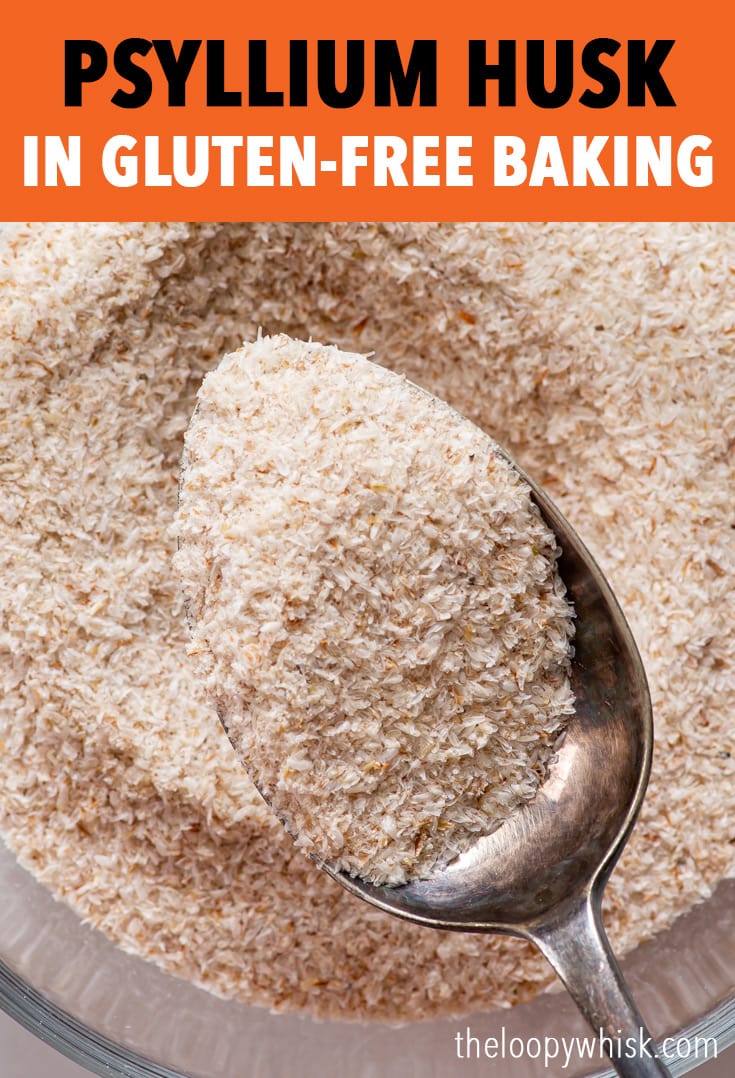 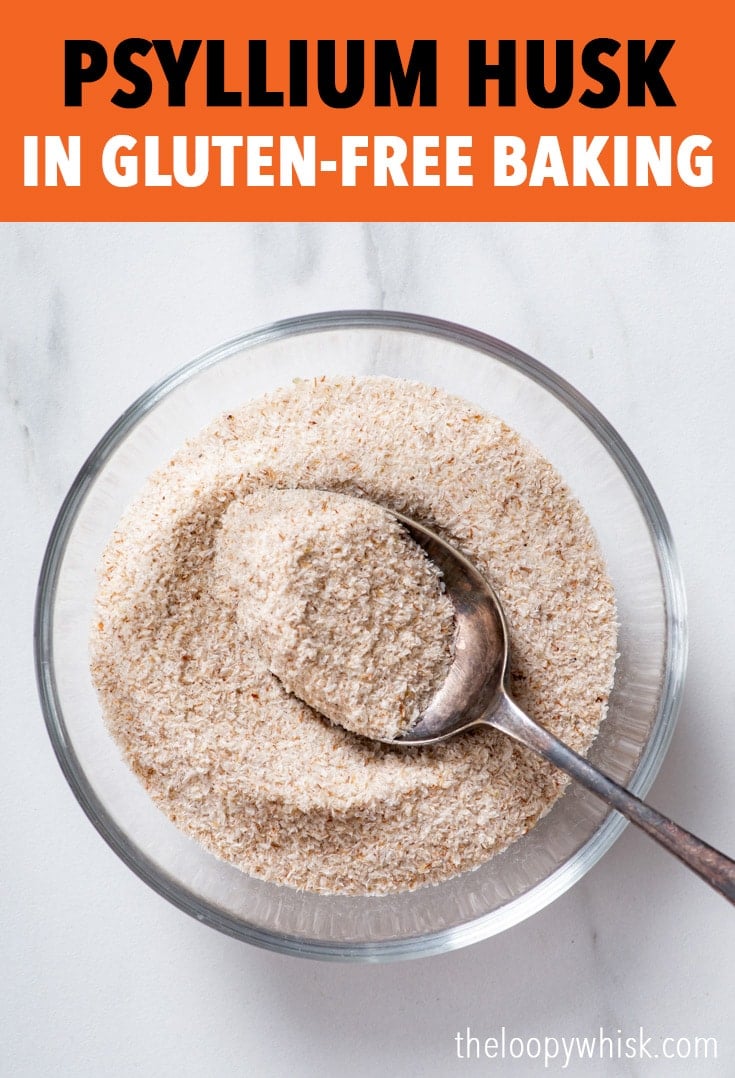