These gluten free white chocolate brownies (which, it turns out, are not called blondies) are simply divine. The sweetness of the white chocolate is balanced beautifully by the slight tartness of the raspberries, and the texture is somewhere between dense fudginess and pillowy softness. The perfect gluten free dessert, with a quick and easy recipe! 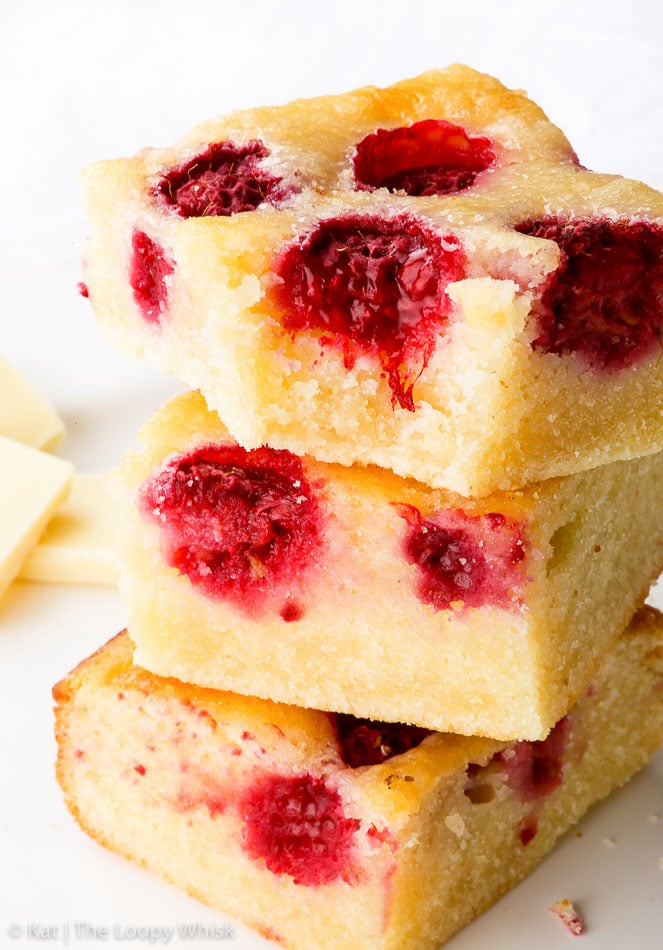 Get ready to have your mind blown. I mean it, prepare yourself.

What do you mean, you knew that?! Really? Really really? HOW?! Is it like a big conspiracy that everyone knows about apart from me?

It doesn’t make sense. You have brownies – brown because of dark chocolate. And then there are blondies – and common sense requires them to be “blond” (a.k.a. beautiful beautiful golden brown that makes your mouth water) because of white chocolate. Okay?

Well, apparently not okay, because “a blondie resembles the traditional chocolate brownie, but substitutes vanilla for the cocoa used in brownies, and contains brown sugar.” (Yes, that was Wikipedia.) I’m sorry, but how’s that in any way “resembling a chocolate brownie”?!

Yes, I do take food and terminology and semantics way too seriously. 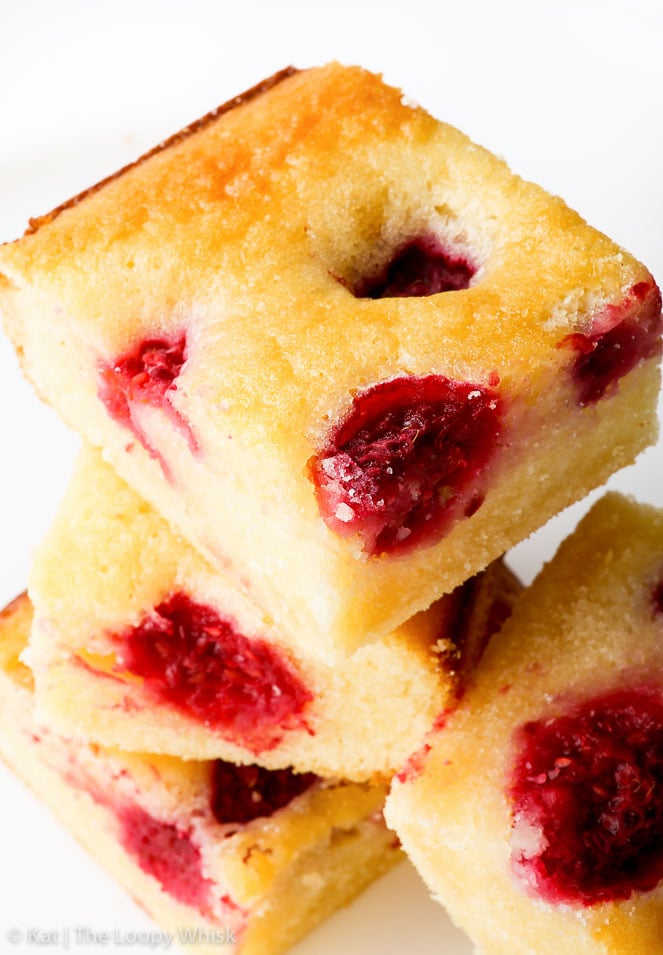 Now, regardless of what they’re called, these white chocolate brownies are delicious. They are the kind of dessert that’s super easy and quick to throw together, but tastes all comfy and decadent and just perfect. The brownies are somewhere in that ideal place between dense fudginess and pillowy softness. (That is, they are a-h-mazing.) 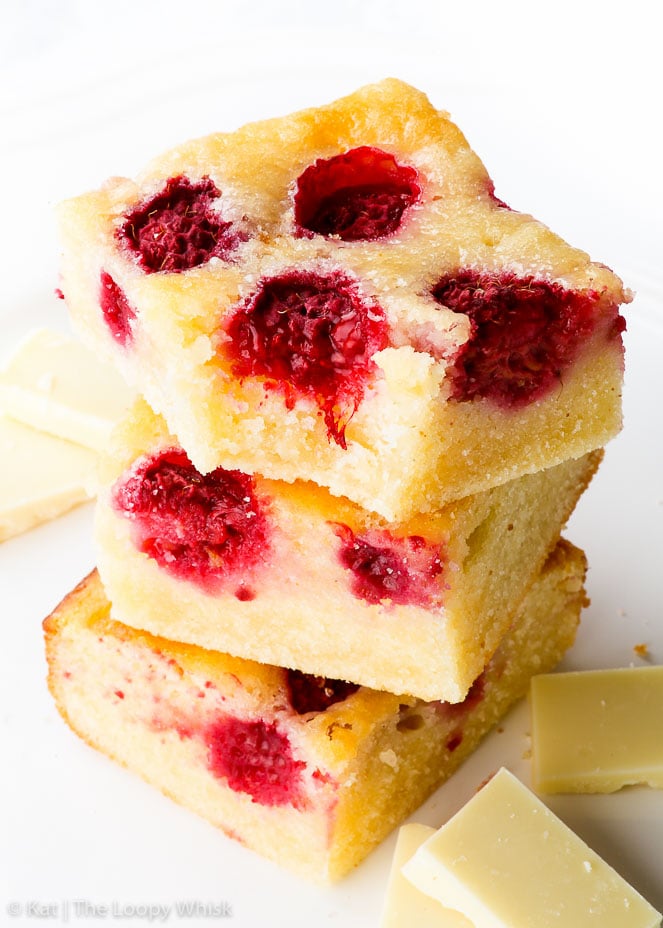 The white chocolate isn’t super intense in these gluten free brownies. It’s a subtle, mellow undertone, without which this wonderful dessert simply wouldn’t be the same. Of course, if you want to white chocolate-supercharge it, simply add white chocolate chips. (I fully support that decision.) 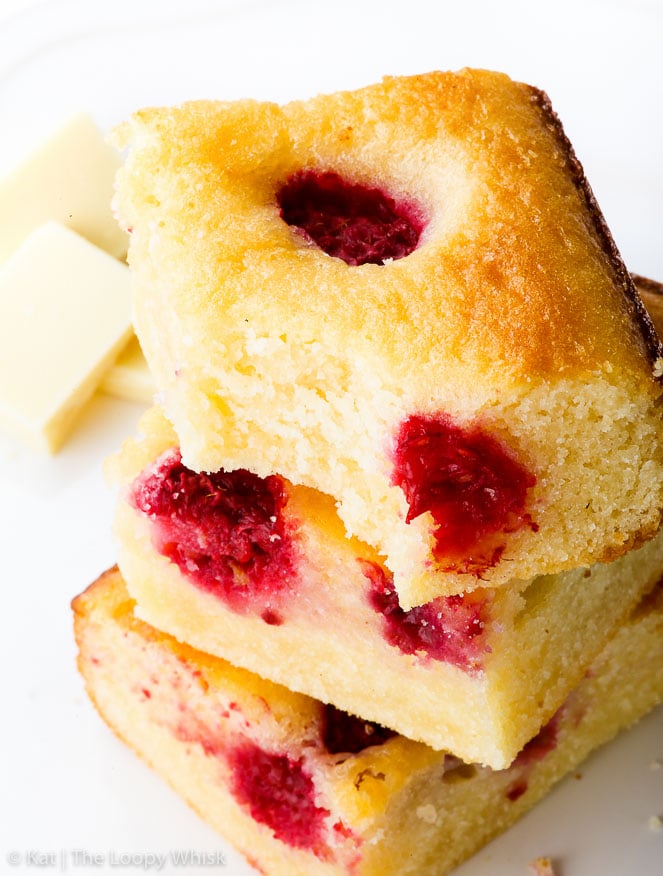 These white chocolate brownies are the perfect treat, which will have you craving “just one more bite”. Which always turns into one more piece… or three. No biggie. It’s perfectly understandable. And while you’re munching on soft decedent white chocolate perfection… be a rebel, and call them “blondies”. Go on, I dare you. 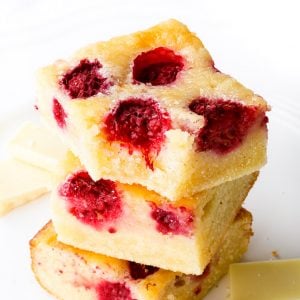 These gluten free white chocolate brownies (which, it turns out, are not called blondies) are simply divine. The sweetness of the white chocolate is balanced beautifully by the slight tartness of the raspberries, and the texture is somewhere between dense fudginess and pillowy softness. The perfect gluten free dessert, with a quick and easy recipe! (Take a look at the video above for step-by-step instructions!) NOTE: The ingredients below are suitable for an 8 x 8 inch baking tray.
Course Dessert
Cuisine Gluten Free
Prep Time 10 minutes
Bake/Cook Time 25 minutes
Total Time 35 minutes
Servings 16
Author Kat | The Loopy Whisk

Looking for more brownie yumminess? I’ve got you covered! 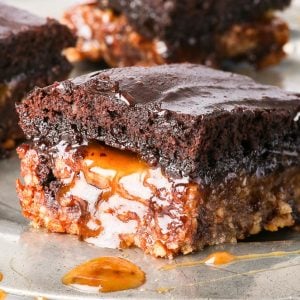 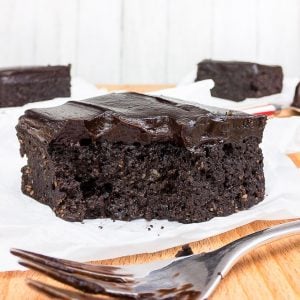 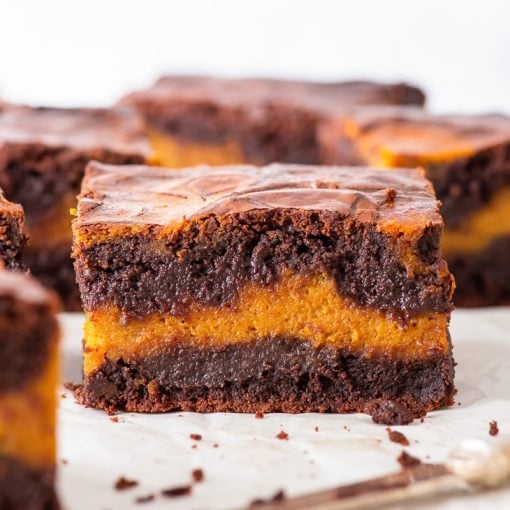 Perfectly fudgy, swirled through with a spice-filled pumpkin pie filling AND easy to make – there’s nothing not to love about these […] 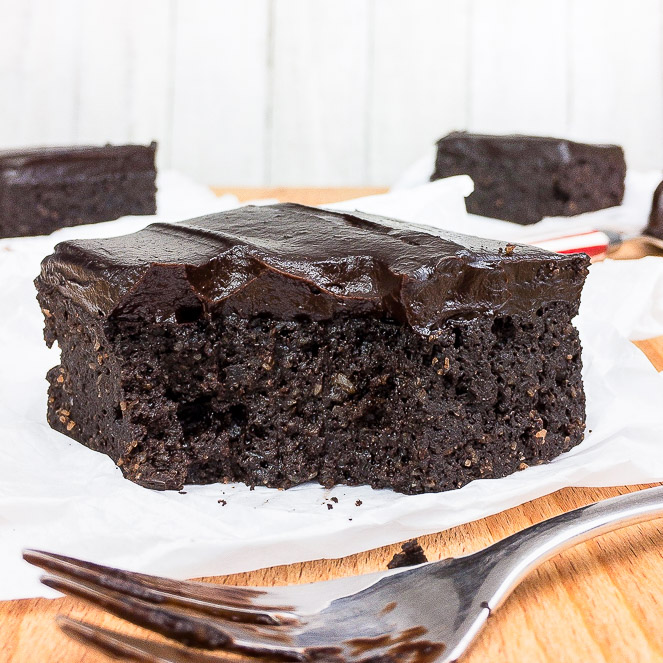 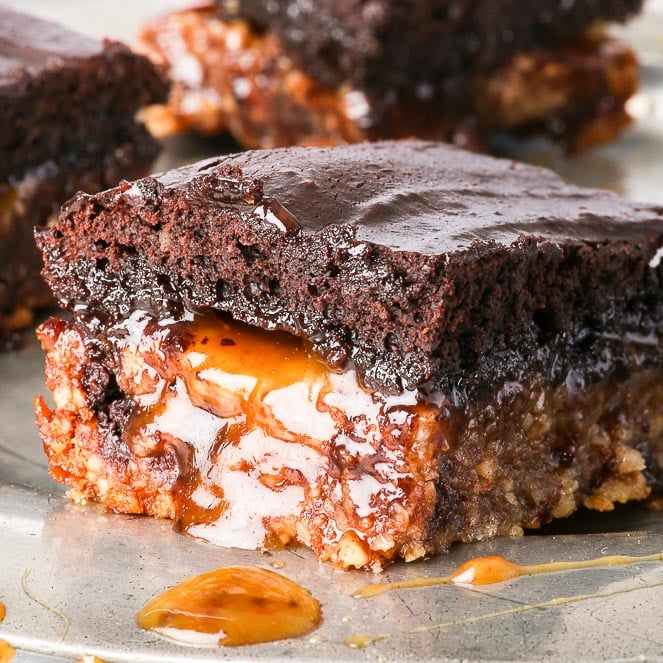 These caramel chocolate chip cookie brownies will blow your mind. This flourless dessert is gluten, dairy and refined sugar free, and yet […] 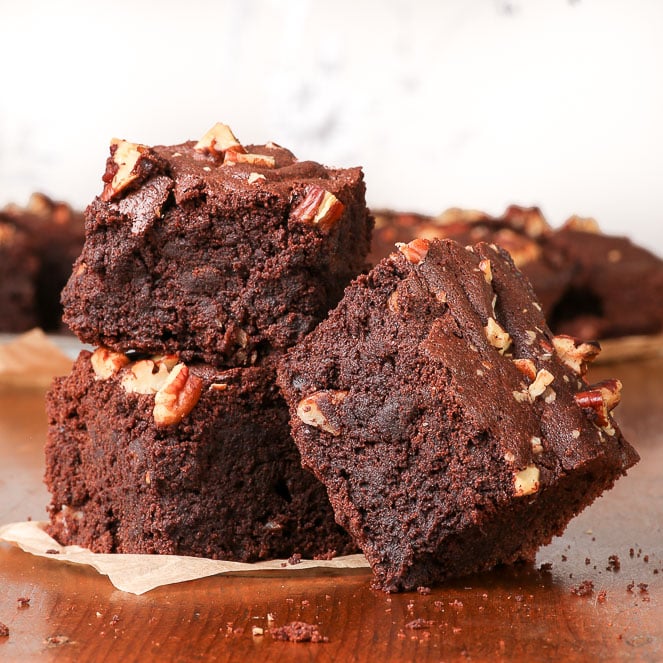 These gluten free brownies are just the right amount of sweet, gooey and chocolatey. The chopped pecans add a wonderful crunch, and […]