Skip to content
Order my GLUTEN-FREE cookbook!
About meCookbookContactWork with me
Home » White Chocolate Cupcakes with Vanilla + Blackberry Buttercream Roses

These white chocolate cupcakes with vanilla & blackberry buttercream roses taste amazing and look even better. Despite looking ridiculously impressive, the buttercream roses are actually easy and quick to make, even if you haven’t made them before. There’s also a gluten free option! 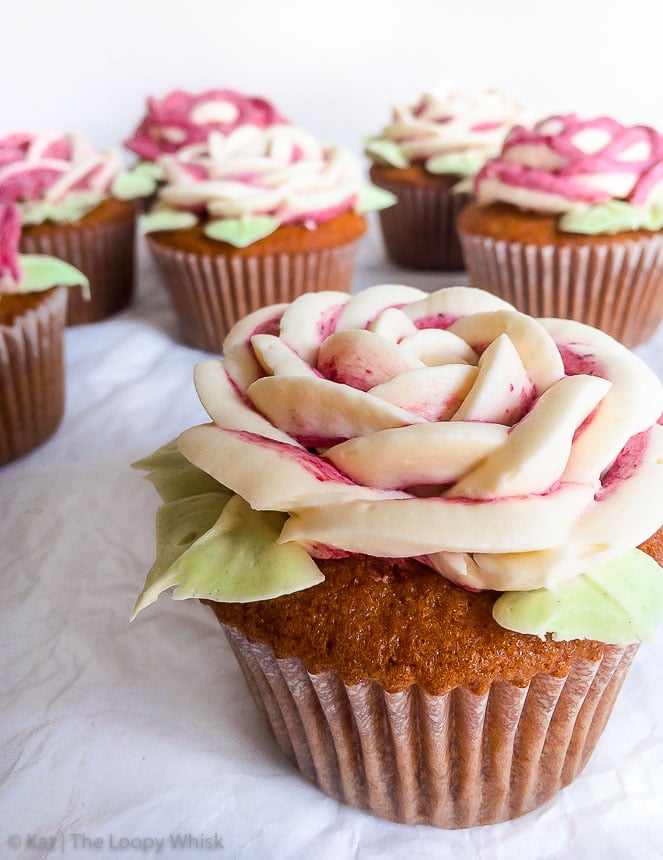 Do you have a go-to recipe? You know, one that you always turn to when you need to quickly whip up something delicious and impressive? Yep, me too. There are quite a few actually, and every single one is a favourite.

Imagine that there’s an occasion (I’ll leave the specifics up to your imagination) where you want to wow a few people, but you know there won’t be a lot of prep time, so you (of course) decide to make your go-to recipe.

Now imagine all the things that could go wrong. Yes, I’m sure you know where I’m going with this. Of course every single thing that could go wrong does go wrong, and all you’re left with is a bunch of ugly somethings of questionable taste. So there you are, in the middle of this mess, not sure whether to start laughing like a crazy person or to throw a monumental tantrum… like a crazy person. When I say “you”, I actually mean “me”. I’m sure you’re much more sane.

And if you’re frowning at the screen right now, thinking how such things never happen to you… congratulations, you’re perfect and we can’t be friends.

Just kidding, I’m sure you’re a super lovely person that simply has too much luck. Can I get some? 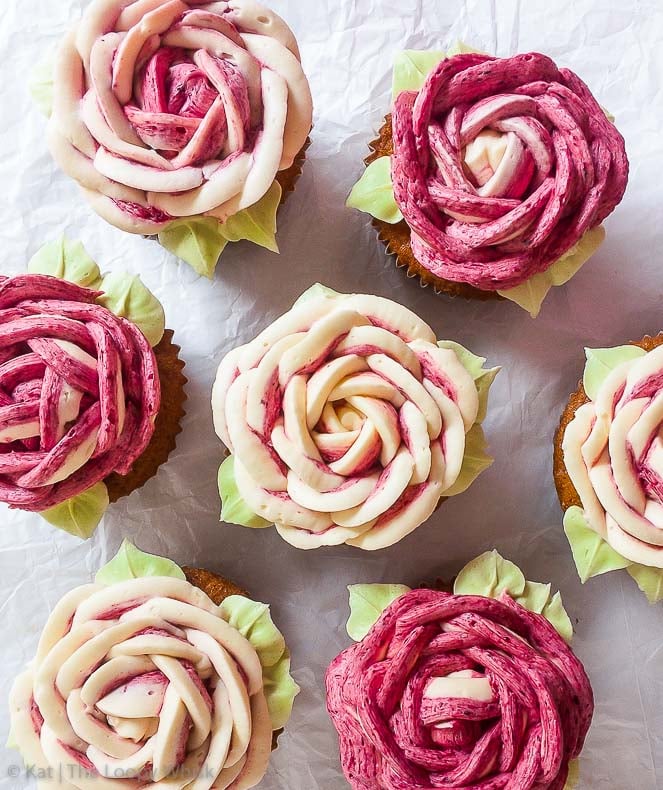 But as they say, the best revenge is to bake something completely different and do it like a boss – in my case, this ‘something different’ turned out to be these AMAZING white chocolate cupcakes with vanilla & blackberry buttercream roses. They taste even better than they look, and (if I do say so myself) they look pretty damn good.

Want to know a secret? This was only the second time I’ve attempted buttercream roses, and actually the first time piping them directly onto the cupcakes. See how pretty they’ve turned out? That just goes to show you that: (1) YouTube tutorials are a godsend and (2) it’s actually super simple! Check out this YouTube tutorial – I’ve found it super helpful. (As for the multi-colour effect: check out this tutorial, starting from 4:55 – for two-colour roses, use only two types of buttercream, obviously.)

Now, the buttercream roses aren’t there just to look pretty (although they do that job quite wonderfully, don’t you think?) – they also taste absolutely amazing. The sweetness of the vanilla buttercream is balanced by the refreshing, slightly acidic notes of the blackberry buttercream, so that the end result is creamy, silky smooth and not too sweet. 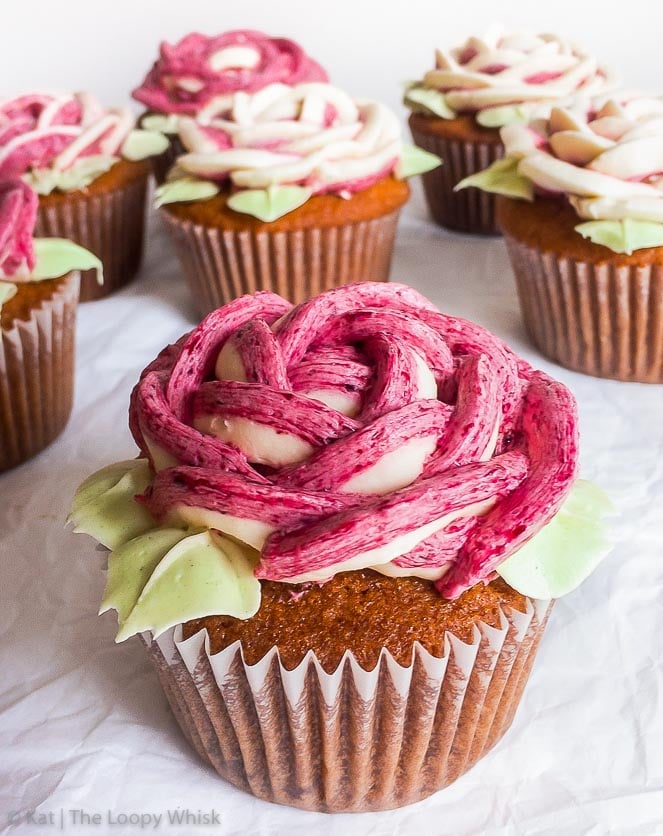 These cupcakes with buttercream roses make everything better. Looking at them makes you smile, and eating them makes you… want another. Like any good cupcake should. To paraphrase from the brilliant movie Julie & Julia: “I love that after a day when nothing works, you can come home and absolutely know that if you whip softened butter with almost-too-much icing sugar, it transforms into creamy fluffiness. That’s such a comfort.”*

*Original: “You know what I love about cooking? I love that after a day when nothing is sure and when I say nothing, I mean nothing. You can come home and absolutely know that if you add egg yolks to chocolate and sugar and milk, it will get thick. That’s such a comfort.”

If you haven’t seen the movie – please, do. It’s a must-see for all foodies and food enthusiasts out there. 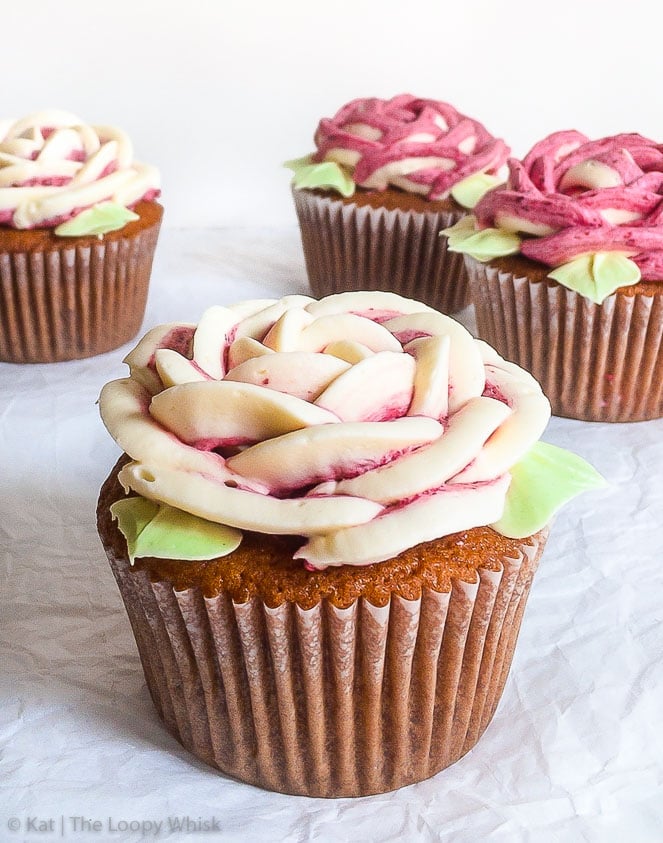 For piping the buttercream roses: 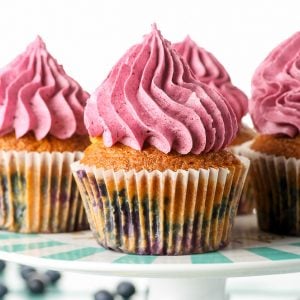 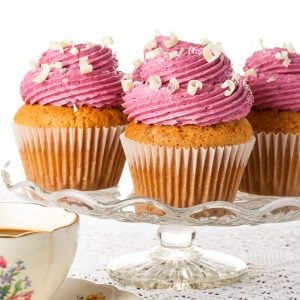